One of the beautiful things about living in Amsterdam - and in fact, 20 minutes door-to-door from the airport or Central Station - is the ability to leave Amsterdam. Not too often, mind you - but the weekend power trip is something to be cherished when it happens.

Earlier this summer, we took just such a trip to Cologne, Germany. It's a bit off the radar when one thinks of Berlin, Munich, or Frankfurt, but well worth the trip.

Cologne is a charming place. The riverfront location, the big town squares, the old-fashioned housing mixed with modern architecture, the striking Dom cathedral - it all made for a very welcoming stay, just 2+ hours by train from Amsterdam. 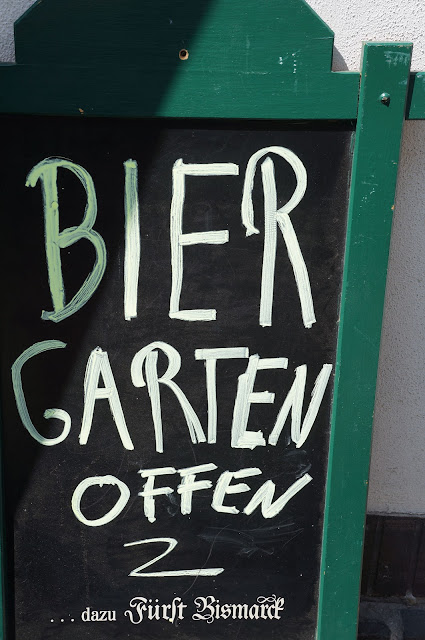 And then the beer. Kölsch actually, is the local type of brew. To me it tasted like a standard and perfectly fine beer, but others with more dignified beer tastebuds would do a better job explaining it. Beer aficianados, click here for the full Wikipedia explanation.

And it is EVERYWHERE. Each table we passed at the sprawling cafes had monster glasses of Kolsch being quaffed by men and women. Walking the streets, a group of men, girls or families from teens to omas and opas can be seen strolling with their bottle of beer in hand. Overlooking the Rhine, lazing in the grass along a long promenade, hundreds of people drink from bottles of beer like marathon runners shoot back water (ok, that last one was a bit of an embellishment). But really, beer is always near. 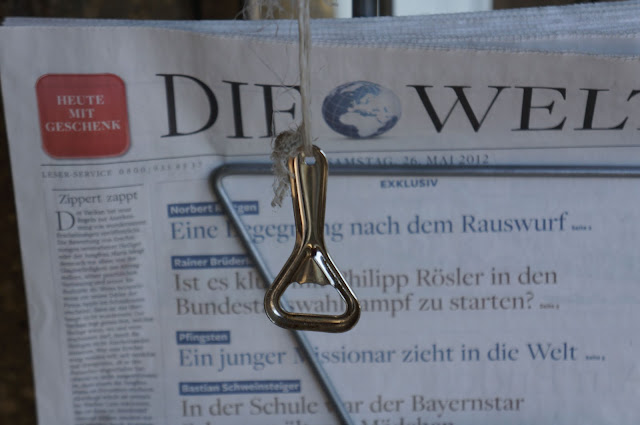 Bottle openers hang from the overhead awning outside most convenient stores - a sure sign of a beer-friendly culture.

They all drink it with any type of food, though I opted for pairing with some schnitzel and fries at one occasion, and this item below on another: 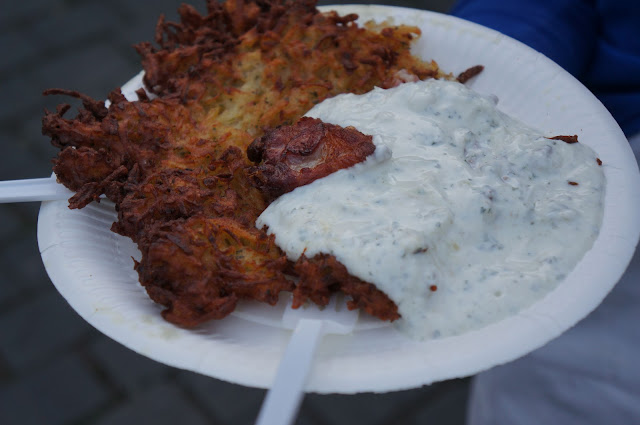 Some kind of unholy potato concotion - the name escapes me; the heartburn does not.

Day 2 we moved down to Konigswinter, a Rhine-front hamlet/town (I'll never know the difference, but hamlet sounds somehow more majestic. More on that on the next post...for now, some images from Cologne itself. 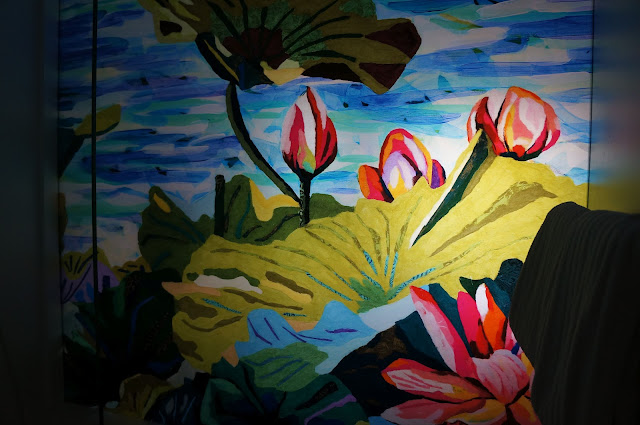 The bathroom wall at the excellent art 'otel 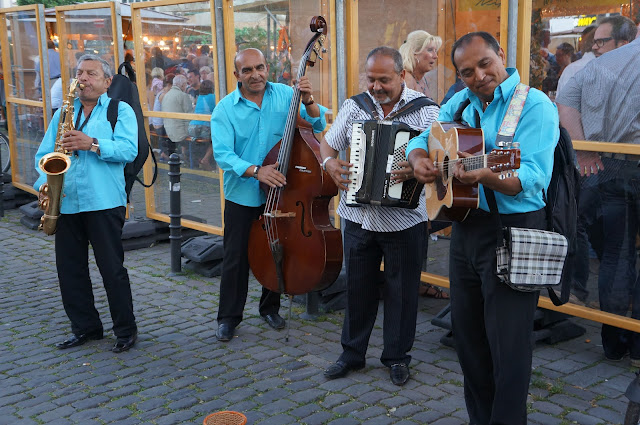 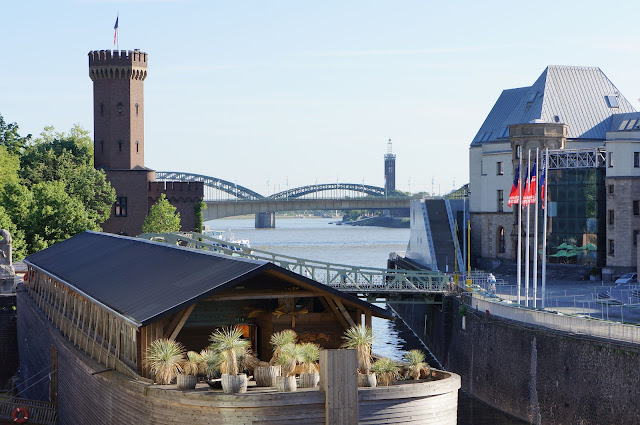 The view from the hotel room - in the foreground is a replica of Noah's Ark, to the right is the Chocolate Museum. Very difficult to combine these into one joke. Still working on it. 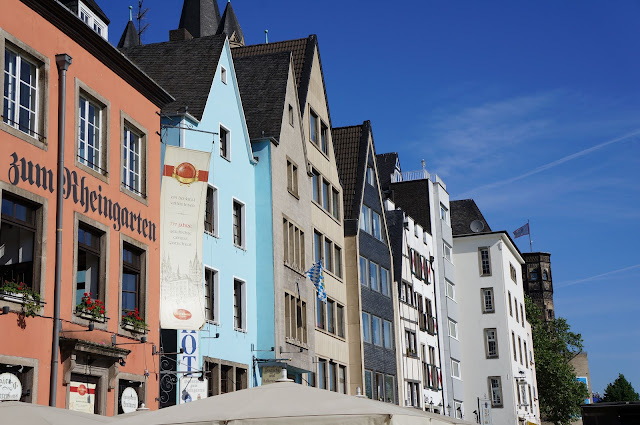 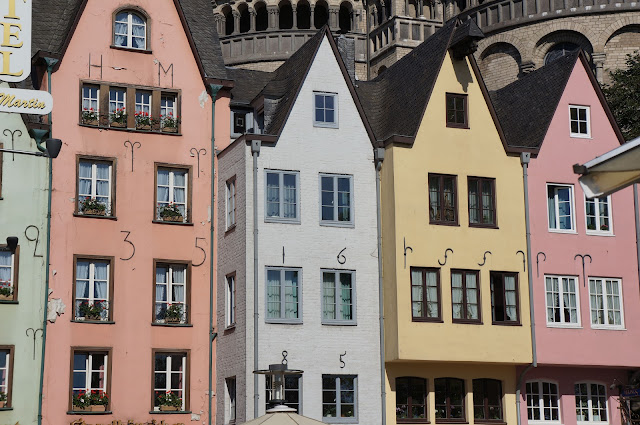 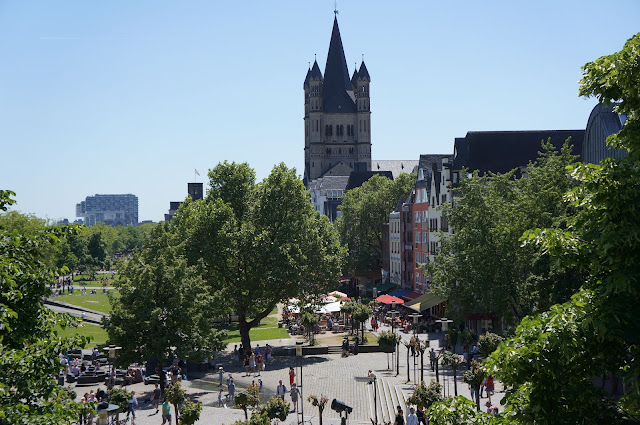 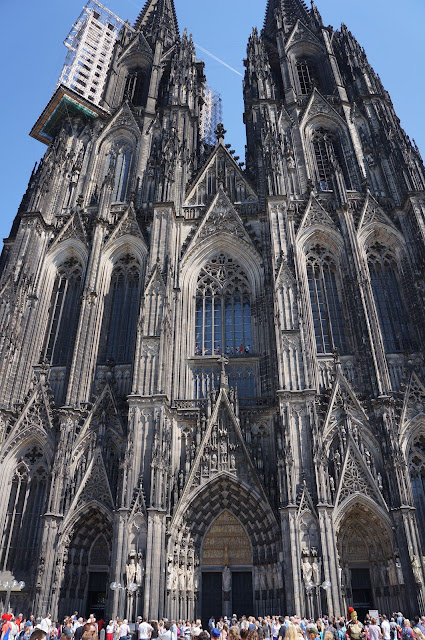 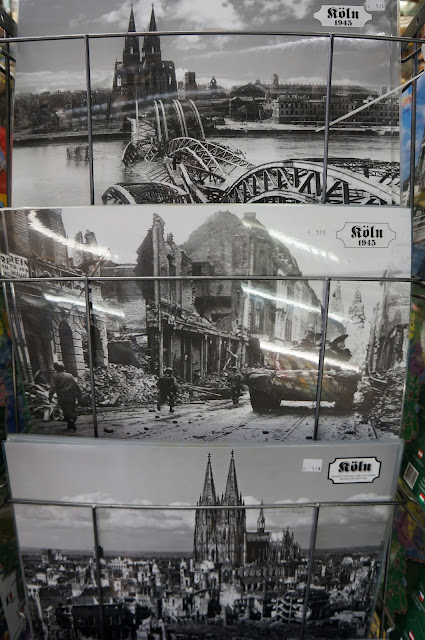 In Cologne's souvenir shops, memories of the previous wars are ubiquitous. These are placemats, sure to cheer up any meal.

Cologne looks like a great city and far more vibrant than I had thought. My wife has family from there and she is talking about going over together at the end of the year and checking out the famous Cologne Christmas markets. It will certainly be an interesting trip and I will be sure to try out the local beer