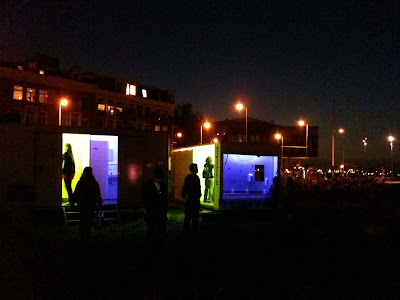 Imagine, if you will, a warm, buttery evening of no wind, no rain, and an open-air film festival along the waterfront. You spread out a small blanket, crack open some wine, some bread and some cheese with a few friends, your neighbours on all sides doing the same, from a cozy but comfortable distance.

Then imagine that you are experiencing the ONLY warm-ish evening of an otherwise abysmal summer for weather, and a few thousand people are hoping to capitalize on the same welcome atmospheric aberration.

You would then be at Pluk de Nacht ("Pick the Night"?), an annual 10-night film festival that boasts free entry (unless you donate a small amount for one of the coveted beach chairs ahead of time) and a cool selection of critically-acclaimed films.

Ours was something featuring Philip Eatmore Often, the thickening thespian. Since he won Best Actor for Capote in 2005, I don't think he's been resting on his laurels - he's been eating them.

Too bad we never found out the name or heard one moment of the movie. Arriving 45 minutes before nightfall (about 10:15pm), the crowds were massive. A small patch of grass/sand with a partial view of the screen and being surrounded by a crowd that was too far removed to care enough to be quiet ensured that this movie was not going to be seen. Too bad - it looked pretty good.

The atmosphere was nice, and still it is a cool setting and concept. It just doesn't have enough space and the climate rarely co-operates. I'm finding out that there's a reason most of the Netherlands heads out on vacation in August.

As for the next time I'm feeling Plukky - lesson learned. On the one warm and dry night of August, I'll arrive extra early, reserve a beach chair close to the screen, and warm myself further with some vino and hopes for a better September. 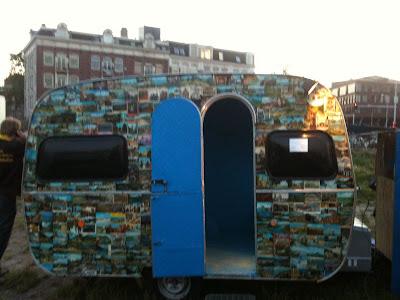 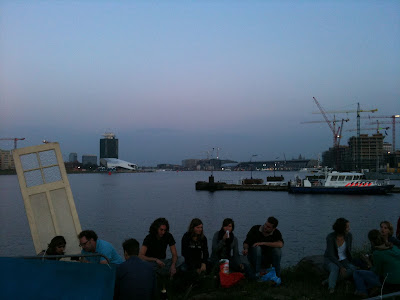 Film-goers with no chance of hearing the film. Sorry, I can't explain the random door wedged into the ground. 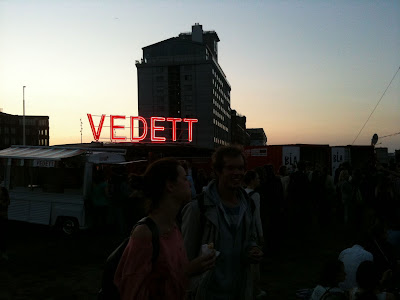 Vedett is the beer of choice at the event 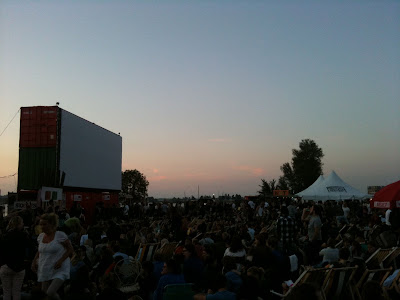 This was our (disad) vantage point 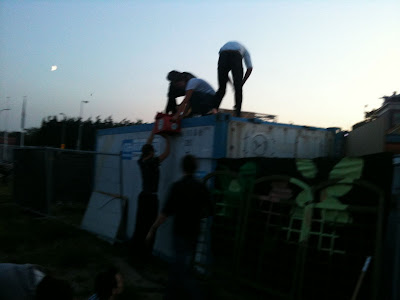 Some plucky youth tried to get the upper hand on a prime spot. They were booted off about 10 minutes later. 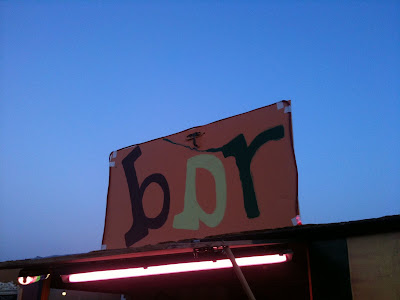 Still here, I promise. Just emerging from 3-4 weeks of rain and busyness. Posts coming this week...