Ok, folks, some exciting news. I will be covering World Cup 2010 from a Dutch (and especially Amsterdam) perspective on behalf of Lonely Planet, as part of a team of bloggers in various countries under the Lonely Planet banner.
While there will still be some regular (i.e. non-sports) entries on this site, for the next month you will see a definite orange tint to the posts, with a football-mad country and a team that is currently ranked 4th in the world. 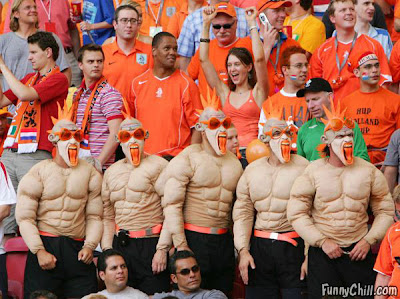 While this doesn't mean a trip to South Africa, I will be covering the scene in various hotspots of Amsterdam, from my dual perspective as an expat and as someone with a foot in Dutch culture too.
The Team van Oranje was last a powerhouse in the 1970's, making it to the finals in '74 and '78 but coming up just short each time, including an agonizing last-minute shot off the post that would have won it against Argentina in 1978.
Dutch soccer royalty (fitting since the formal team name is the KNVB, the Royal Dutch Football Association - the Koninklijke Nederlandse Voetbal Bond if you want real street cred) from years past includes names like Johann Cruyff, Dennis Bergkamp, Ruud Gullit, and Marco van Basten - with Cruyff being the mega-royal. You can literally walk in his shoes all over Holland today, as he has his name on his own high-end line of footwear.
Today's big guns? Top-division clubs across Europe have stellar Dutchmen such as Wesley Sneijder (Inter Milan), Robin van Persie (Arsenal), and Arjen Robben (Bayern Munich).
There's no end of off-field drama to be seen and heard of as well, with the customary complicated personalities on the team and complicated rivalries on the streets in this multi-national city. There are 177 nationalities represented in Amsterdam, so I suspect every night will be game night!
And we may or may not see the odd coverage of Sneijder's rather attractive partner, whose name is also rather complicated - Yolanthe Cabau van Kasbergen.
So watch this space for de Dutch details of on-field and off-field action as the world gets ready to go bonkers from June 11-July 11.
Posted by Jeff at 11:45 AM 5 comments

Seen in: Malaga
For the skeptical shopper 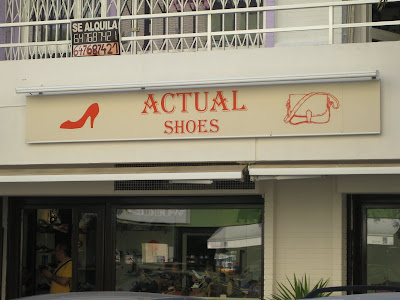 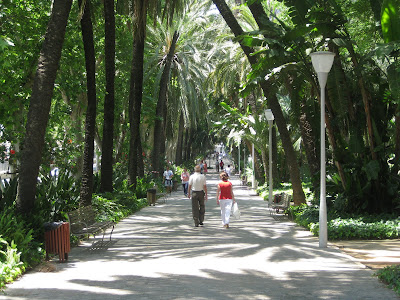 Malaga has over 3000 years of rich cultural heritage, and was founded in 770 B.C. by the Phoenicians and incorporated in 1487 by the King of Spain. (Nerds, don't e-mail me with corrections - this stuff is from the International Development office of the Ayuntamiento de Malaga).
It is the birthplace of Pablo Picasso. It is home to 25 museums and art galleries, including the Picasso Museum. It is applying for the prestigious cultural capital of Europe award in 2016, la candidata a capital europea de la cultura.
It has a massive cathedral built between 1582 and 1728 (seen below). It is a gateway to such historic places as Granada and Nerja.
And I swear I'll check it all out next time.
The beaches, restaurants, and nightlife all conspired to keep me saying "manana, manana" to my best-laid plans to enrich myself culturally.
I did manage to get some more photos though. 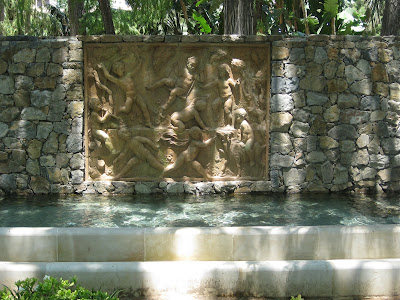 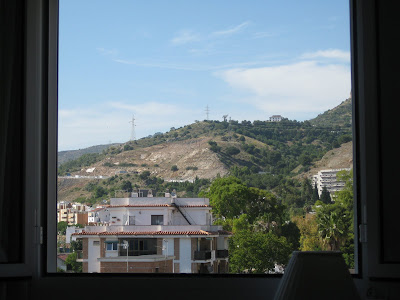 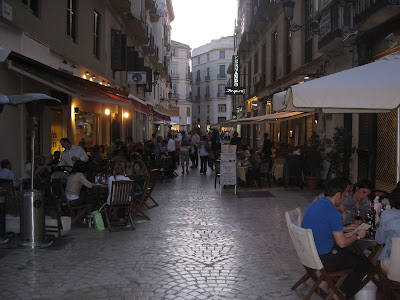 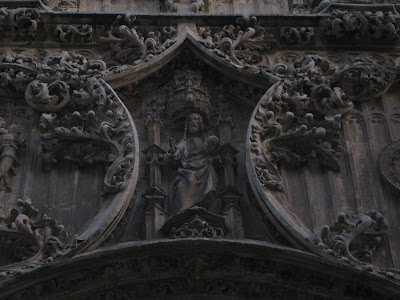 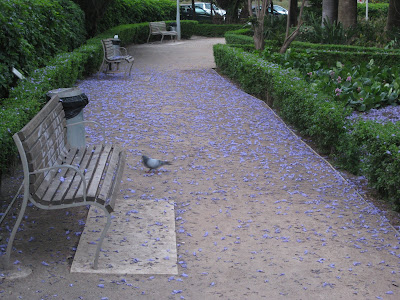 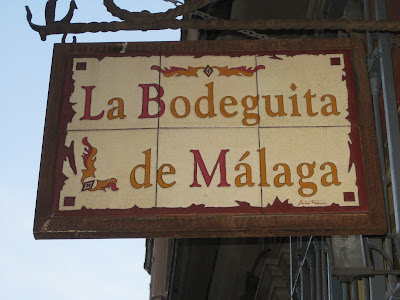 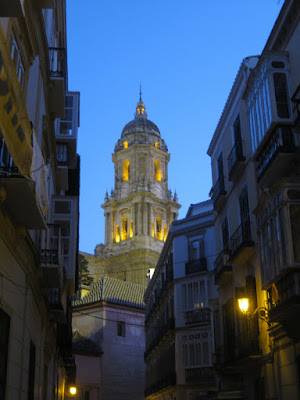 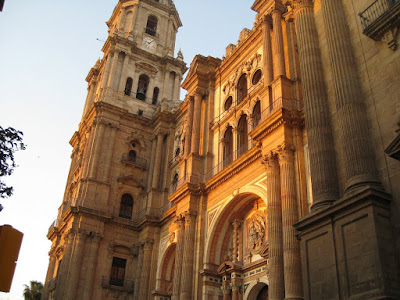 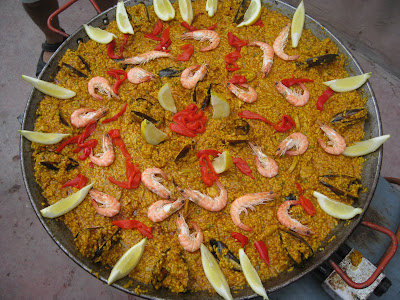 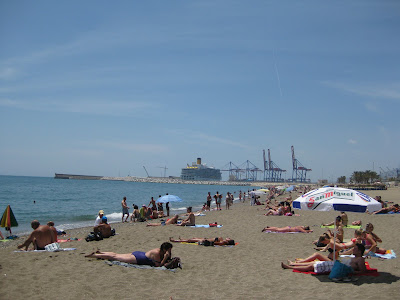 S'up, playa? Why are you so compelling to so many of us? There most be more to it than simple sun and water and scenery.
I figure beaches hold their immense appeal not only for their many forms of toplessness but also their inclusiveness.
In a world that often creates divisions and barriers, the beach endures. They speak to the socialist in all of us. No matter how crowded it is, you can always find your little spot of real estate, often no bigger than a towel.
There's room for everyone, from opposite ends of every spectrum - rich and poor, old and young, families and singles, tanned and British.
Malaga has a number of them - El Palo and Pedregalego for the locals and language students, Malagueta and Misericordia for locals and tourists, and more on either side of the coast.
These are not the white lush beaches of travel brochures, but they definitely do the trick. The water is stunning, you can walk for miles as the small waves roll in at your feet, and a wide promenade dotted with inexpensive restaurants, cafes, ice cream shops and free outdoor exercise spots lines each one.
More images below from another great week in Malaga, particularly as Amsterdam went a little retro with wet wintry weather today. 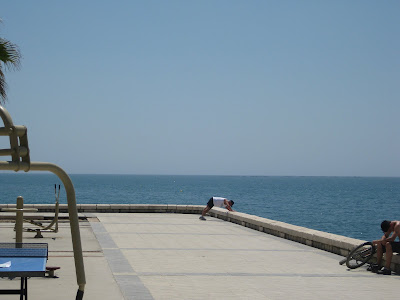 One of the many exercise spots along the Malaga coast 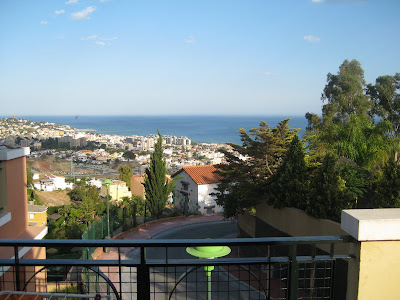 This terrace, this view? A measly 650 Euro per month 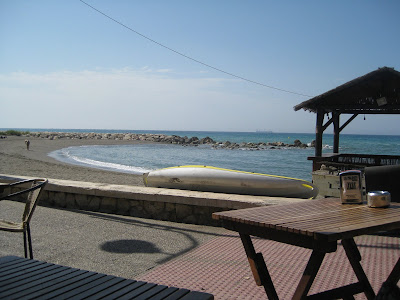 At one of Pedregalego's many cafes 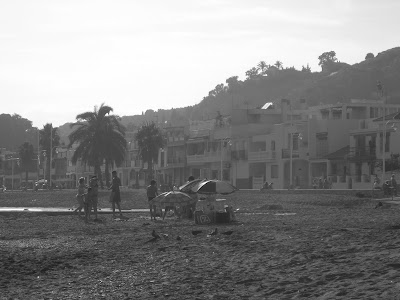 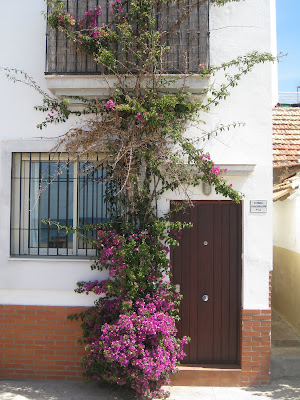 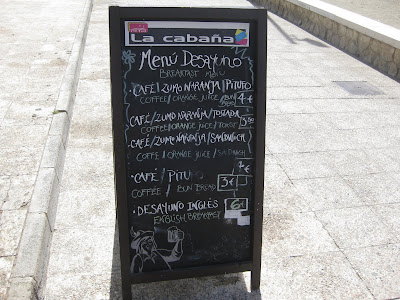 The breakfast menu at La Cabana in Pedregalego 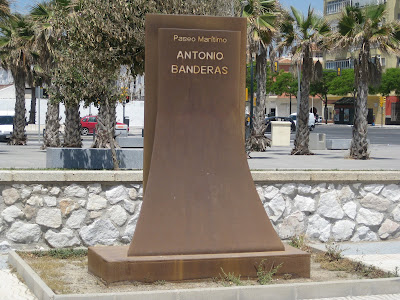 Antonio Banderas is omnipresent, here watching over the beach near Misericordia.
Because Misericordia loves company.
Posted by Jeff at 9:59 PM 0 comments