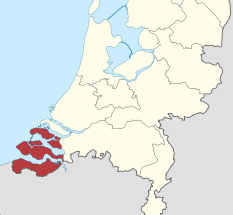 As we wrap up the Netherlands' Late Summer Series, let's take you to Zeeland. And let's imagine all of the following vividly in our minds, as it seems the photos taken from this day are lost forever on a wayward memory card.
Zeeland (pronounced zay-lond) is a region that lies in the southwest corner of Holland, a claw-shaped collection of islands and small towns and endlessly awesome stretches of big beaches.
Even before we got there, we had stopped in Rockanje, technically not part of Zeeland but of South Holland. A very quiet beach town only one hour's drive from Amsterdam, Rockanje (Rock-Kanye), this was the perfect place to park it on a very wide, long, and tranquil beach. 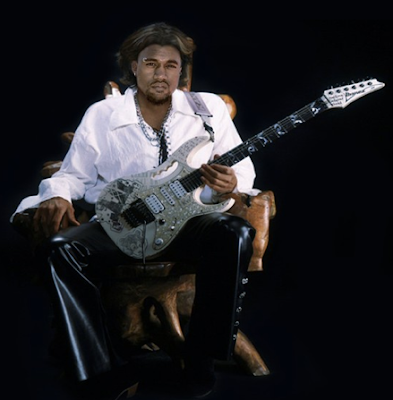 A few beach clubs with big decks facing the sea and some posters of DJ shows alluded to a more active summer life there, but on this day in mid-September there was a ton of room for everyone, including one ecstatic dog.
After a few hours of sun (I heard earlier this week that August officially had 3 days of sun in total, so this day provided a healthy 33% increase), it was time to head further south.
Zeeland lies mostly below the sea, a fact which contributed to a terrible flood in 1953 where nearly 2000 people died. As a result of that tragedy, the massive engineering project known as the Deltawerken (Delta Works) began to keep the sea out. You can read more about the werken and the flood here.
It's very impressive to see the dams in action, as you drive over them or even step out of the car to have a better look. It's this same ingenuity that has people from around the world calling in the Dutch when they want to manage a water issue (the beaches and bays around Malaga, Spain for example, were engineered by the Dutch to control the waves and erosion).
Onwards it was, one more hour's drive from Rockanje (so two hours' total from Amsterdam, for those of you keeping track) to the nicest town I've been to yet in Holland, Domburg. It was loaded with nice houses, restaurants and shops. Though not many web design companies, it seems.
The Franco-Belgian influence is easily seen here, with just that little bit extra put into storefronts, pastry shops, and food preparation. Domburg also has huge dunes lining the long coast, beyond which lies the kind of soft sand that you expect from the Caribbean. But if you want a quick reminder that you're nowhere near it, dip your toes into the frigid North Sea.
Zeeland is a revelation, a great place to spend a weekend, and yet another great break from the city right around the corner.
Posted by Jeff at 9:21 AM 0 comments 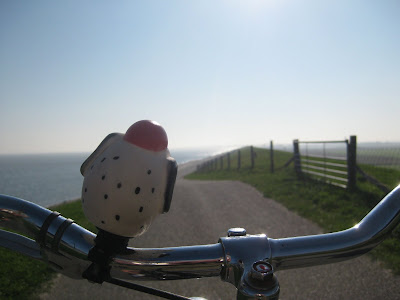 The open road along the coast
Still scarred - or soaked, rather - from this year's non-summer in Amsterdam, I was keen to grab whatever sunshine remained as fall loomed nearby. Enter Texel.
Texel (pronounced "tessle") is a small island north of Amsterdam, part of a Dutch archipelago that extends towards Denmark known as the Frisian islands. 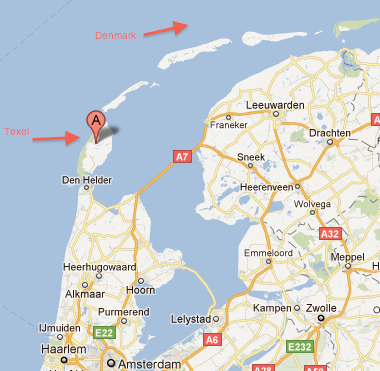 Why would one head north, fresh off the beaches of Spain a week before? Well, the forecast was for a balmy 24 degrees and pure sun, and hearing so much about the peaceful plains of Texel made it a must-visit at some point.
There are special sections of the train for cyclists, so it's easy to get there right from your front door. A 90-minute train ride through some very nice Dutch countryside is followed by a 15-minute cycle to the ferry, which leaves every hour/half-hour, depending on the season. 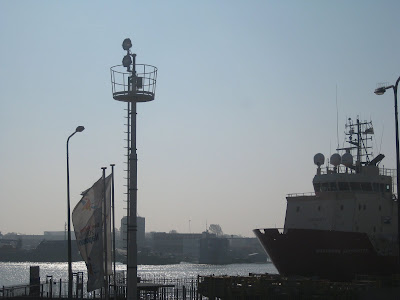 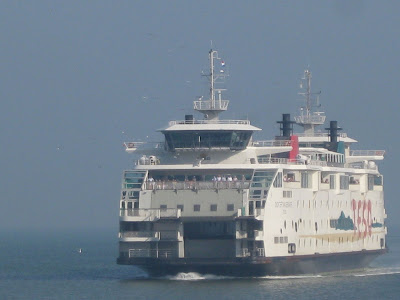 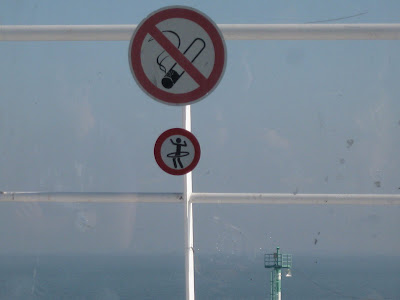 No smoking on the ferry. And apparently, no hula hooping
What is it about ferries that reduce one to about 11 years old every time, running from port to starboard and bow to stern to catch the sea air and watch the wake? I don't know, but it's good stuff.
Rolling off the ferry and into Texel, it's quickly apparent that biking is the way to go. You can bike all over the island on special paths, stopping in any small town for a break or venturing into the dunes along the western coastline. 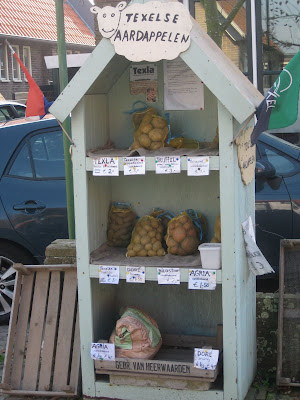 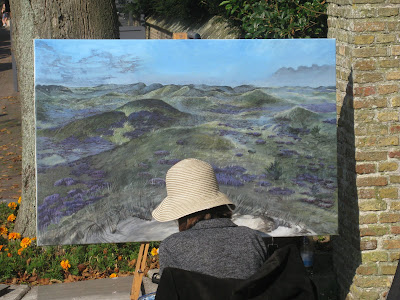 An artist doing serious justice to the nearby dunes
You will bike a lot here, probably for 4-5 hours over the course of a day, so make sure you have a comfortable seat. (*Guys - a good seat makes a vast difference for your vas deferens). The island is also very exposed to the elements, so be ready to bike into some headwinds.
Each town is marked by a number of small cafes, and the bigger spots have a nice collection of shops and restaurants to choose from. In between the towns are stretches of 3-10kms of farms and open fields. 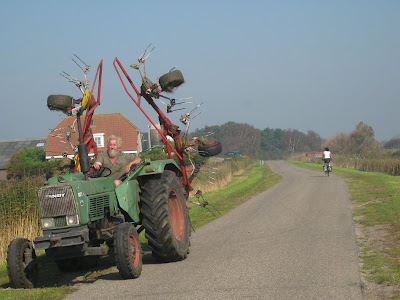 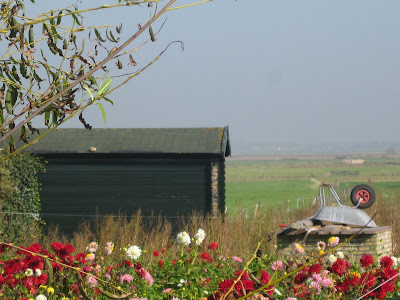 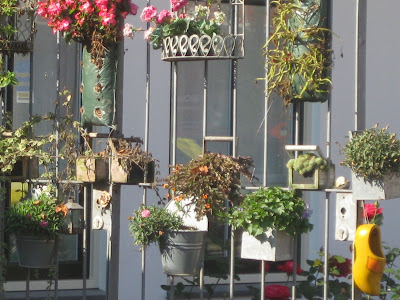 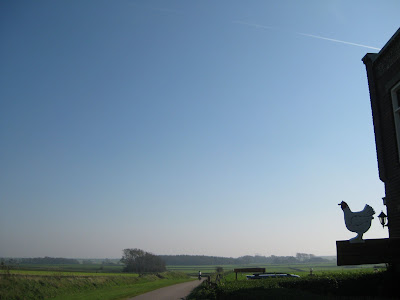 The island does have a very therapeutic effect from city life, with huge skies and long sections of bike paths that skim the sea. I imagine it is pretty bleak in the winter or in the rain, but on a warm late summer day, Texel is definitely worth a visit.
Posted by Jeff at 1:58 PM 0 comments