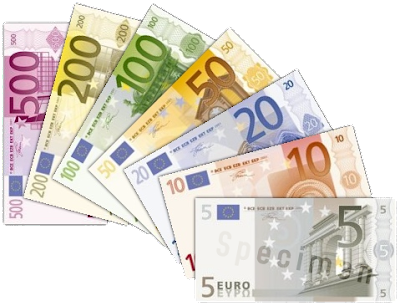 All this Euro fuss is quite interesting to an inside outsider.
To get a handle on it I read the news, and hear some people's opinions, but I am no economist. I do know the situation is dire.

What I also know is that the idea of the various 27 countries in the European Union thinking the same way about anything is flawed to begin with. They wouldn't agree on how much butter to put in a pan, much less sort out a complex economic inferno.

It'll never happen either. A Spanish person's mindset is as different from a Dutch person's as bullfighting is to bicycling; the Greeks retire in their early fifties while the Germans do so in their mid-sixties. Where some are warm, passionate, not rich, and unhurried, others just 90 minutes away by plane are chilly, economically comfortable, and always on time.
A wise friend and writer named Stephen (follow him @BogusBobby) sums up Europe very nicely:
"Above the line, it rains, they drink beer, the indigenous food sucks, they work like here [North America], and the trains run on time. Below the line, the sun shines, they drink wine, the food’s great, the trains run late, and nothing the f&$# gets done all day."
In Amsterdam, in my limited experience, it rains so much and the winters are cold and dark enough that staying in the office for lunch and an extra hour or two at the end of the day hardly seems to make a difference in the bowels of winter.
Whereas if you are sitting in Malaga, and the sunshine is beckoning you each day for what seems like 10 months of the year... well, you'd want to get out of the office too.
To try to mash these lifestyles and mindsets together, along with a dozen other ones, is a fool's errand, as it has been since the first arrow landed in some king's paella, the first boulder in some keizer's schnitzel.

I just hope it all somehow works out, so I can get below the line as often and as safely as possible.
Posted by Jeff at 1:40 PM 3 comments