I'm writing to you here from my bunk here at Camp Amsterdam. The rain is steadily falling outside, and I've lost track of the days. Not because I'm having fun - I just mean the rain has caused day and night, weekend and weekday, to blend together into one summer-long washout of wetness and greyness.

Does that sound a tad melodramatic? Yes. And certainly with all the terrible news going on around the world this year, I have no real complaints and still keep things in perspective for the most part.

But back to the weather. Seriously. Dude. I didn't realize that a season could have social anxiety. The number of times that the mercury has crept up above 25 degrees and the sun has sustained its shine unimpeded for an entire day can be counted on one hand. Maybe just one finger, if you get my drift.

There was a weather warning issued yesterday, making it the sixth time this summer this has occurred. July's rainfall was the largest in over 100 years, and so far August is saying "Oh yeah July? Watch this." 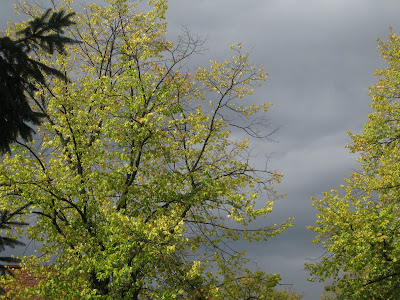 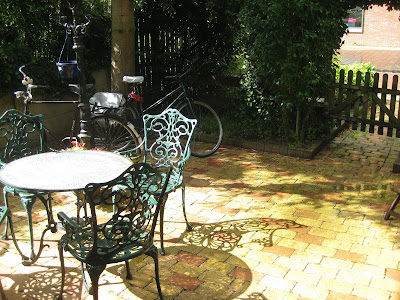 Rain on the sunny patio. Best five minutes of the day. 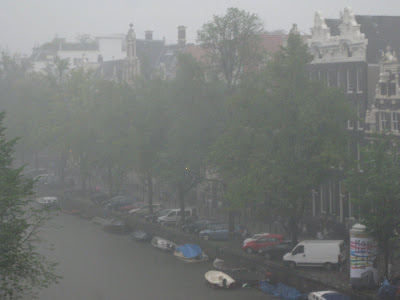 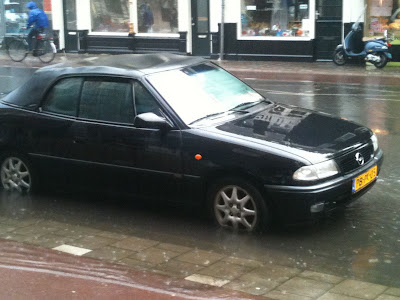 A 20-minute downpour produced big flooding. Hopping off the bike and taking shelter is a regular occurence

Amsterdam is renowned for its summer festivals and big parties, which makes it even tougher to handle right now. August in particular is loaded with outdoor cultural events, movie nights, concerts, and performances in the park. Nothing beats a sunny day lounging in Vondelpark or sitting canalside watching the world go by. Aside from the heartiest party-goer however, most people have opted to stay in.

Speaking of hearty, most Dutch people I know are just as fed up as I am. There are a few - refusing to wear jackets or insisting on going ahead with a planned outing - who are fond of the local expression "C'mon, I'm not made of sugar, I won't melt." But these people are idiots.

It's not only me suffering. Across the city, bikinis sit idly in dark closets, waiting for their chance to bust out. All men, overflowing with the need to ogle, are forced to content themselves with surreptitious, doleful glances at bus stop ads for Axe body spray.

And how about the other casualties? There are cases and cases of 2-for-1 suntan lotion in bins everywhere; overstocked beer is going for 9Euros for a case of 24. Sugar-encrusted Slurpee machines are losing their ability to slurp. Fans of Ke$ha are barely getting slizzard.

So, as September approaches and the leaves begin to change already, I will put away my milky white legs for another 7 months until the real sunshine comes out in March. Till then, say hi to summer for me, enjoy a barbeque or two, and instead of food please send blankets and self-tanner.