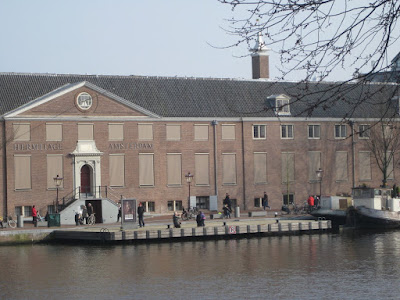 With all the events going on in the Middle East, now seems as good a time as any to do some historical digging into the region.
With that, and with a mini-resolution to see more museums this year in the Netherlands, it was off to the Alexander the Great exhibition at Hermitage Amsterdam.
The Hermitage "brand" was started in St.Petersburg, Russia in the 1700's, and still today holds a massive collection of art. After some 324 years as an old age home here in Amsterdam, the building I visited today has been known as Hermitage Amsterdam only since July 2009.
It is a beautiful facility. Outside, it is a little plain to look at as it stares down at the Amstel. As soon as you step into the courtyard (with flowers already starting to wake up - yesss), you get a sense of space and peace (speace?) that this densely populated city rarely offers you.
Inside, the exhibit is very well laid out over two floors. There are huge paintings, ancient scraps of writing, armor, videos and well-plotted maps that show just how much turf AtG covered in his brief 32+ years on this planet.
I previously knew next-to-nothing about the man and his outsized personality - part murderous, part magnificent, part myth.
The highlight of this particular trip (sorry for the lack of photos; picture-taking, even without flash, is not allowed so I snuck some quick shots in when security wasn't looking) was a series of reliefs by Antoine Marie Melotte. Made in the 1700s, they depict a number of episodes from AtG's famous battles, and are carved from some kind of wood. They were amazingly detailed.
Check out the highlights of the exhibit and examples of those reliefs here.
I now know a lot more than the day before, and I had those same feelings I get when visiting any museum - awe, appreciation of history and art, a greater awareness of just how short our time is on this earth, and moderate lower back pain. 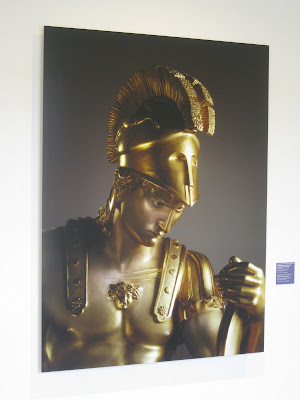 "Dammit! These self-tanner instructions are all Greek to me" 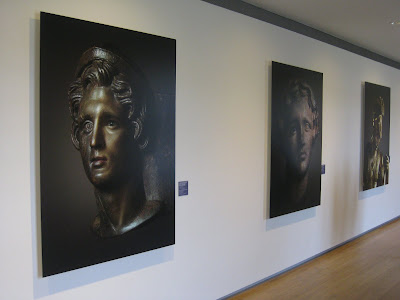 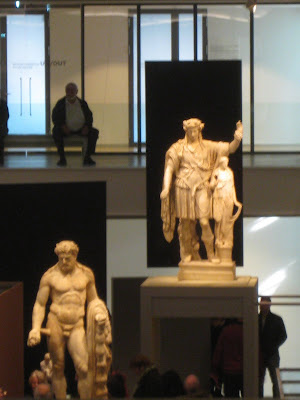 The blurriness is due to the contraband, quick-shot covert photo taking 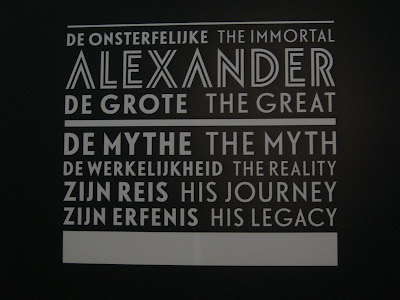