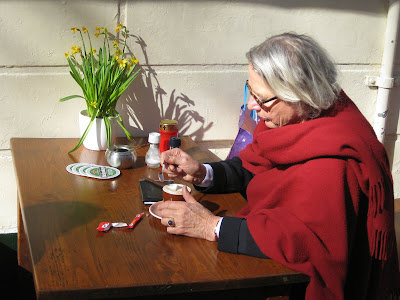 Morning koffie
To continue from yesterday's post... a balmy 20-degree day arrived in Amsterdam as advertised.
On an ideal spring day with a rare warm breeze, a bike ride down to the Klein Kalfje (Little Calf) restaurant right on the Amstel River was in order. There, an unhurried afternoon (along with the famously unhurried Dutch waiters) was spent as rowers stroked past on the water, a continuous stream of cyclists whizzed past along the pathway, and cappuccino - and later beer and chicken satay - materialized in front of me.
I wish words and photos could convey the feeling better - I just had one of the nicest afternoons I've ever had.
It's a continuously remarkable city, Amsterdam is, with all it has to offer. There are not many places where you can bike 15 minutes from a bustling city center to a pastoral setting, feeling like you're on vacation among the boats and windmills and, of course, the llamas. 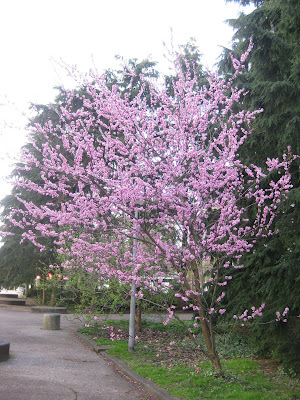 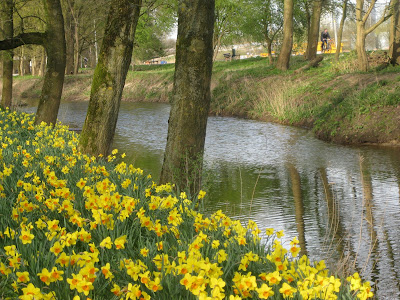 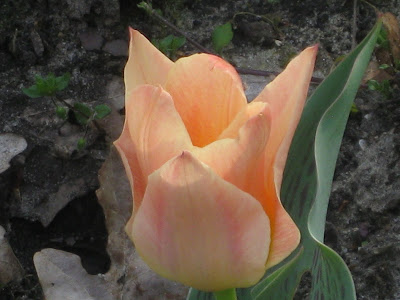 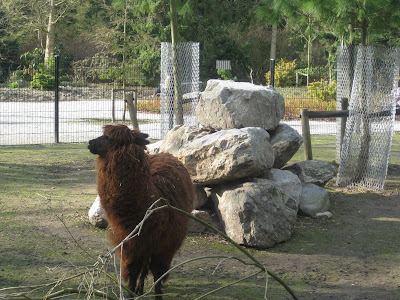 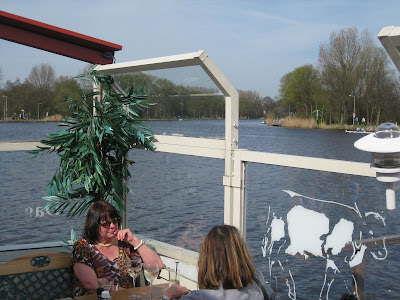 Seating at the Klein Kalfje 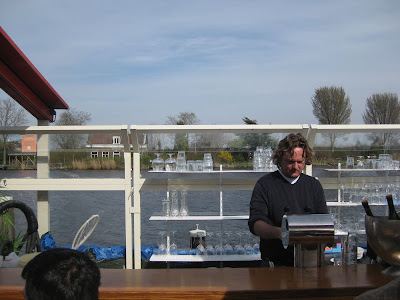 The bar at the Klein Kalfje 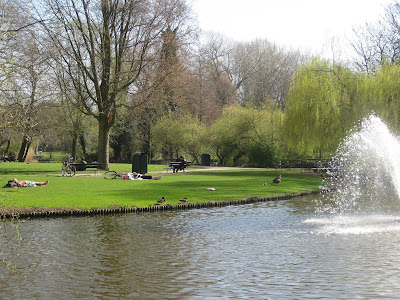 Early sunseekers at Sarphati Park, in de Pijp. Three minute walk from the apartment. Later in the day, it was crammed with picnickers and barbeques.
Posted by Jeff at 10:12 AM