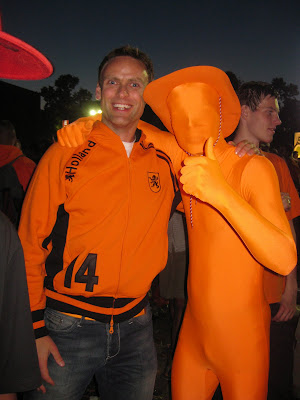 That wild-eyed look? A mixture of joy and fear
This is turning into a Dutch opera. With heroes like the fantastically named Giovanni van Bronckhorst, assorted villains like Diego and Robinho, a steadily rising plot line thick with tension, and a rapt audience of millions, the only thing still left to be decided is whether it ends in operatic tragedy or joy.
Last night's Netherlands vs Uruguay match raised the bar again - not so much for the quality of play, where the Dutch still haven't put on a complete 90-minute effort - but in terms of passion on the field and in the streets of Amsterdam.
A brief summary: 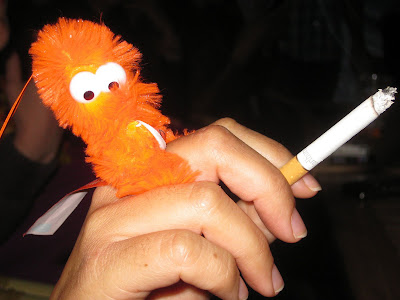 Even Beesie was nervous before gametime 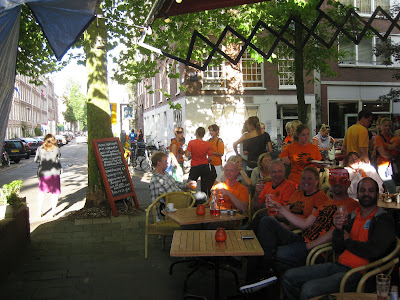 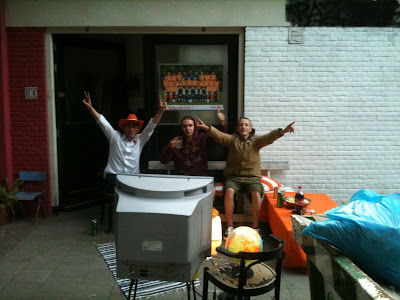 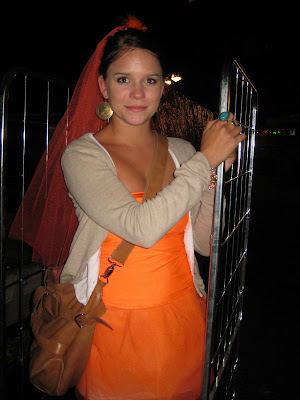 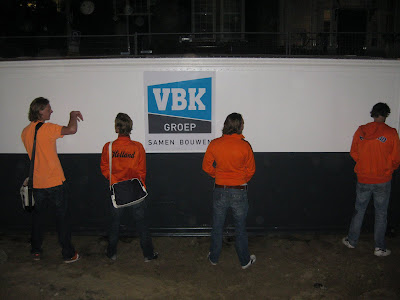 Time to water the tulips 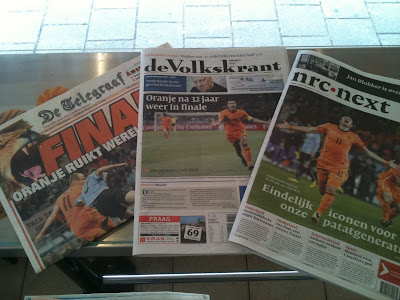 Great post, Sunday is going to be awesome. I remember being in Venice during Euro 2000 when the Italians beat the Dutch in the semi's, epic times!

Thanks Ramlingsaffie... it is a pretty fantastic time to be here. It's already tough to sleep!

does it surpass the Canucks run in 94???