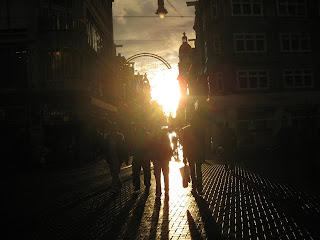 After being here for a month, I'm seeing a few patterns emerge about the city and its people. What follows are a series of opinions, observations, images, and often entirely inappropriate generalizations (all men are bad for this, right?). 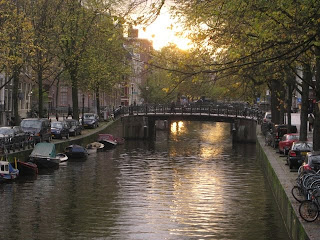 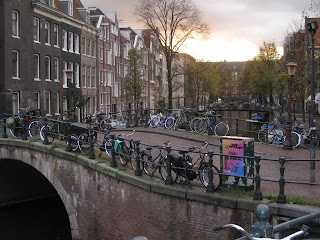 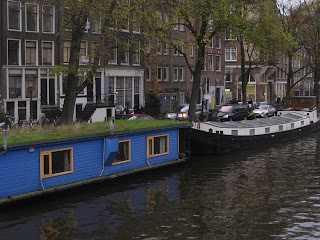 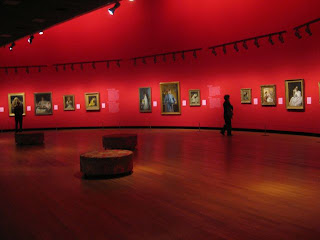 Firstly, an apology for the delay between posts. I have spent the better part of two weeks alternating between normal and curled up in the fetal position with a bad gut.
I'm not sure what the Dutch equivalent is for Montezuma's Revenge (how about Von de Zuma's ?), but the cumulative effects of a lifetime's worth of bread, sugar, and cheese crammed into one month, along with small but very regular amounts of beer on an admittedly wussy constitution has caught up to me. Hence, the past week in particular has been a little low on energy and mirth, and lower still on blogging.
Onto the latest, more palatable update... Amsterdam has more than its share of cultural opportunities, and I've been able to enjoy them more and more as I get to know people and my way around the city.
Two recent outings of late: the Van Gogh Museum and the International Documentary Film Festival (when clicking on this link, you'll see a British flag at the top left to view the site in English). I will get to the IDFF on a subsequent post
The museum does a really nice job of laying out Van Gogh's progression as an artist and regression as a person. You get a very good sense of what made him tick, and how unfortunate it was that he battled with his own mind. But he's not the madman that many of us think of - he had years of normal, if lonely at times, living - travelling to Paris, meeting other artists and making friends.
His letters, mostly to his brother, are all over the museum, and his art work goes from very dark, somewhat melancholy work to brighter, more uplifting work once he spends time in Paris. 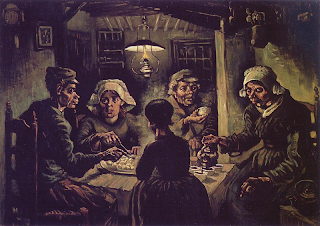 Pre-Paris
The tour leads you to a gift shop at the end. Much has been made of the cruel fact that Vincent Van Gogh struggled financially while he was alive, but you soon realize someone is making a boatload of money off of the Van Gogh name now. You can buy everything Van Gogh here - prints of course, but also pens, notepads, backpacks, umbrellas, purses, and about 20 other products.
I was half-expecting to see logo'd adult diapers - sold for those times when you "really have to Van Gogh". There's even an iPhone app which is pretty brilliantly done. It all strangely doesn't feel crass though - most of the stuff is very tastefully done. 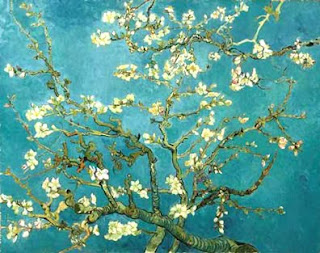 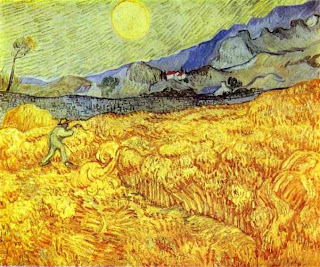 It's worth a trip for sure to the museum for a few hours at least - the entry fee of 12.50 Euros is not too steep to see one of history's most prominent artists.
Downstairs, the work of a really impressive Belgian artist named Alfred Stevens is currently on display as well. The photo at the top of the page - taken surreptitiously to avoid the wrath of the menacing 70-year-old security guard - show the rooms where his collection is shown. Otherwise, this posting is light on photos, I know - there are no cameras allowed in the museum - sorry!
Posted by Jeff at 9:28 AM 0 comments